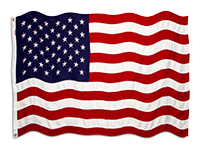 Given that there are a large number of people who appear to be opposed to online poker in the United States, it is inevitable that there will be some parts of the media who will focus on the negative side of online poker. It has to be said that not everyone can play online poker and remain in full control of their finances or decision making. While the vast majority of poker players know when to say enough is enough, there will be some who keep on playing, placing themselves and their families at risk. This is something that will be brought up against online poker and it is clearly an area for the activity to work harder at. While it may be a small number of people who are affected in this way, there is a need for online poker sites and companies to support their players.

US online poker can help people out 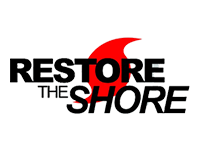 The site held its first “Restore The Shore” tournament on the 4th of January. Given the festive period, it is understandable that some people may have missed this but it was a tournament aimed at providing aid and assistance for the ongoing recovery process surrounding Hurricane Sandy. This is a project which PartyPoker NJ is working together with Hometown Heroes, a non-profit organisation. The “Restore The Shore” series takes its name from an on-going charity endeavour which shares the same name. When it comes to real money poker US stories, this is definitely one of the feel-good stories so far of 2014 and it is important that the online poker community is acknowledged for their hard work. It is not as if the poker community is going to be able to provide a solution to the problems caused by Hurricane Sandy all by themselves but at least they are willing to play a part in helping people out.

The first tournament went to benefit Seaside and there will be tournaments taking place over the next few months and each tournament will help a particular community which has been affected. The next “Restore The Shore” event takes place on Saturday the 1st of February and it will be aiding Toms River and Ortley Beach. After this, Saturday the 1st of March is the date in question and Brick will be receiving support on this date.  Saturday the 5th of April is the next date to look out for and Union Beach will be the beneficiaries of that day’s poker play. Saturday the 3rd of May sees Ocean Gate benefit and Saturday the 7th of June is the day when Lavalette benefits.

Every entry into the tournament will generate a $20 donation to the cause. Players buy-in at $20 with $10 of this going to the charity and the other $10 goes to the prize pool. The additional $10 comes from a matching donation which is being made for every entry into the event.